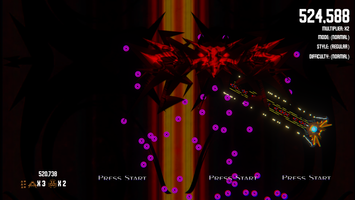 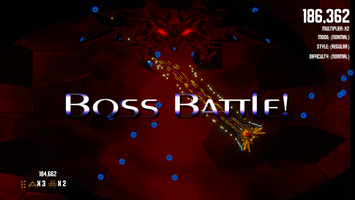 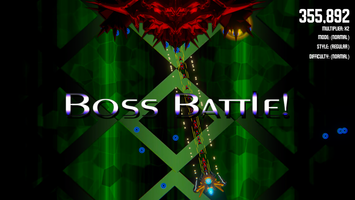 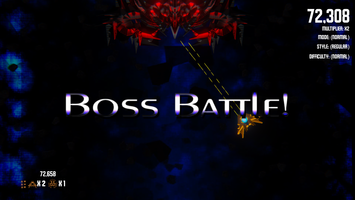 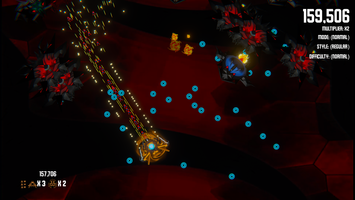 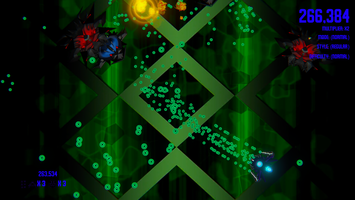 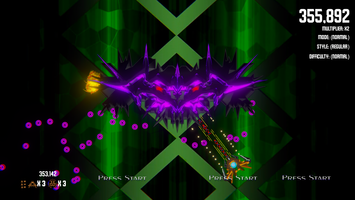 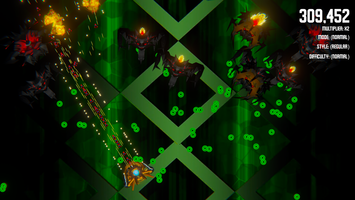 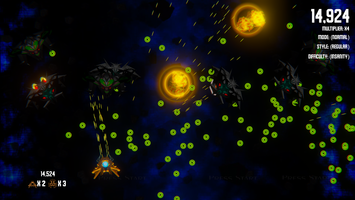 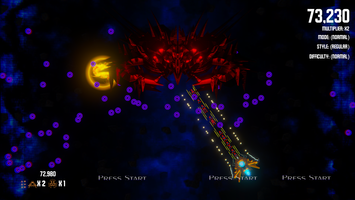 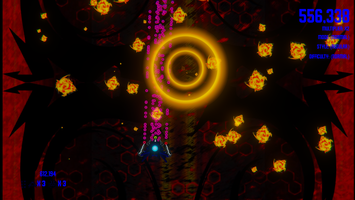 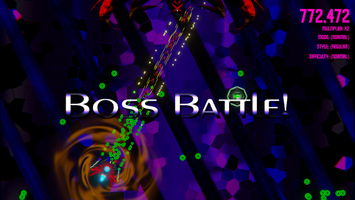 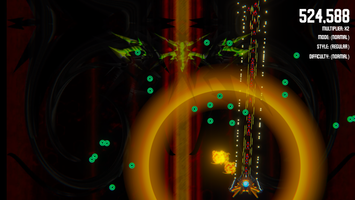 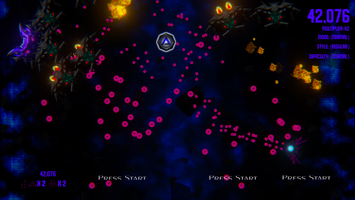 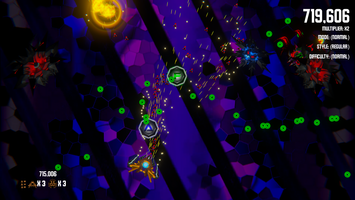 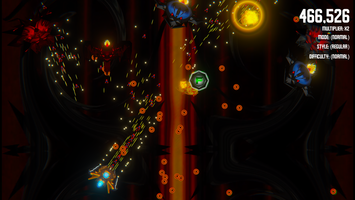 The game now has a completely different aspect in game play with added features like more power ups, new sound effects, smaller build size, optimized in game code for better performance and even enemy behavior has changed. This build features 4 new powerups with a total of 9, including Fast fire for increased fire rate, Agility for faster ship movement, a Repair power up to get your shield back and (included in the newly designed Survival Mode) a Time Power up.

The Survival mode has been revamped!

Included in the UI, the player can now see how much time is added/removed from the timer. When you are destroyed you no longer rely on lives, but now rely on your timer. When the ship is destroyed based on difficulty selected, the timer will drastically lose minutes/seconds from the clock. Extra time can also be obtained by damaging the boss and if the player is low on time, enemies will spawn time powerups. The game play aspect of this will grant the player a "comeback" or a fighting chance to get back into the game.

More that has changed.

While playing the game the player can now see what mode, difficulty, style, multiplier, etc they have selected under the score board while they play. The main aspect of this is the multiplier. Before, the player was unable to see it in older builds and was unable to tell if they were playing on the highest multiplier and this made it difficult to complete the 9 million achievement. When the ship is moved near the score or the player UI Stats the Text/images on screen will fade until the ship is moved away, allowing the player to see bullets and their ship without distraction of the score/stats.

Another game play aspect is when the ship is destroyed, all powerups were lost, With the added new agility and fast fire power ups, each power up including the weapon upgrade is degraded by 1 point instead of starting from scratch. The player is now punished less when dying. The player can keep track of the new power ups beside the ship icon on the screen. With each power up obtained will add a counter (maximum of 3). You can now view the details of each power up on the main menu screen by pressing in the right thumbstick/joystick on the controller.

Vsync has now been added into the options menu.

Get Devastation - Annihilate the Alien Race

Rip and tear through hordes of alien ships with nukes, upgrades and power ups to wipe out everything in your path.